At a Glance: Portraits by John Butler Yeats @ National Gallery 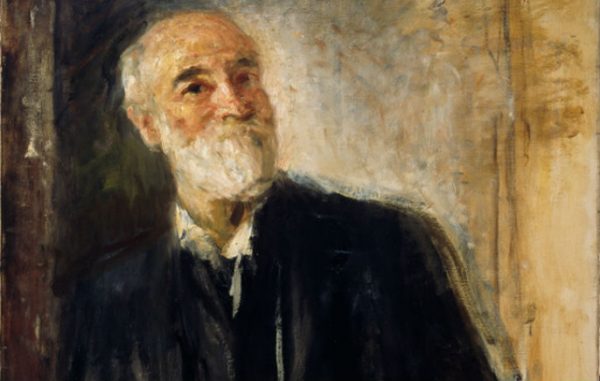 John Butler Yeats’ cultural impact on Ireland is sometimes underestimated and often underappreciated due to influence exerted by his own offspring. A trained lawyer who, much to the consternation of his wife Susan, abandoned the bar to pursue a career in the arts, Yeats created an environment that helped foster and develop the creative instincts of his children. These children went on to become Nobel Laureate W.B. Yeats, Ireland’s first Olympic Medalist (and arguably finest painter of the 20th Century) Jack Butler Yeats and Lily and Lolly Yeats who were instrumental in the both the Dun Emer Guild and Cuala Press, the latter of which was the primary output for the Irish Literary Revival of the early 20th Century.

At a Glance: Portraits by John Butler Yeats attempts to redress this balance by presenting over 20 paintings and drawings by JB Yeats, including his most famous portraits of John O’Leary and his son W.B. Yeats. Intertwined with portraits of a who’s who of late 19th and early 20th century political and cultural figures are intimate portraits of Yeats’ family and several self-portraits including his last before his death in 1922. As well as highlighting JB Yeats’ talent as a portrait painter this exhibition reveals the idiosyncratic relationships he had with his children and extended family through the contrasting portraits he painted of them and via his correspondences – many of which contained humorous doodles and divulge bluntly honest viewpoints about his family.

This exhibition marks the third and final show the National Gallery has launched in recent weeks for their Autumn/Winter collection, with Uniform: a collaboration with Jackie Nickerson and Sir Hugh Lane (1875 – 1915): A Centenary Perspective completing the trilogy. While all are independent in their own right, a narrative does exist between all three which compliments the individual pieces on display. All three run until mid-January.