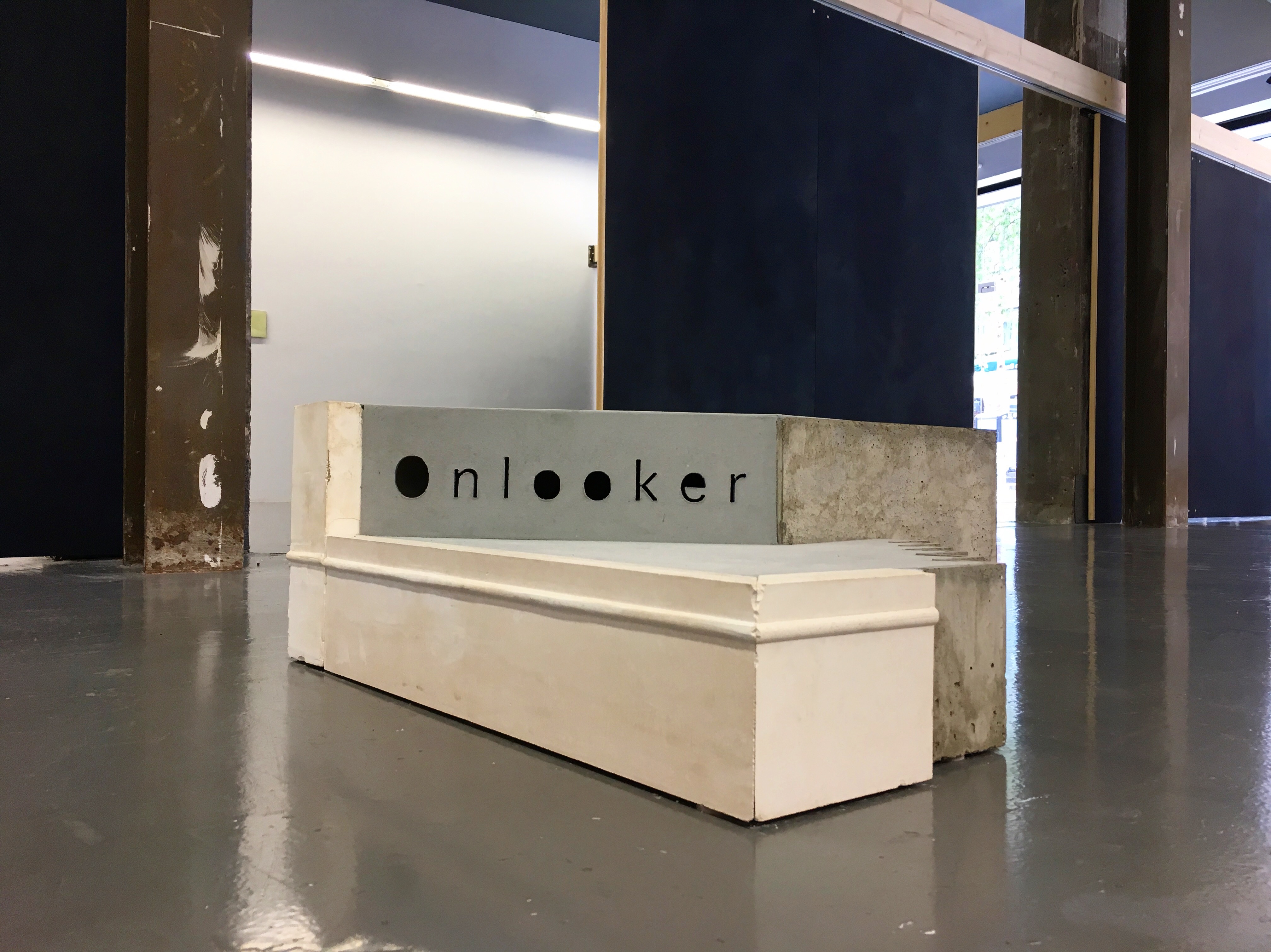 “And other withered stumps of time
Were told upon the walls; staring forms
Leaned out, leaning, hushing the room enclosed.”
The Waste Land’ (1922), T. S. Eliot

Mid-way through ‘A Game of Chess’, the second section of T. S. Eliot’s 1922 poem ‘The Waste Land’, come the words that have lent themselves to the title of ‘staring forms’, a new group exhibition in Dublin’s Temple Bar Gallery + Studios. In these lines Eliot references the ancient (and violent) Greek myth of King Tereus and the sisters Philomela and Procne, all three of whom were turned into birds by the gods. This section of ‘The Waste Land’ has been interpreted by some as Eliot commenting on the inability of messages to be conveyed in society – Philomela was made dumb when Tereus had cut her tongue out, transforming her into a nightingale, whose female is also mute.

The four artists, Miranda Blennerhassett, Aleana Egan, Andreas Kindler von Knobloch and Tanad Williams, present a series of works that, while disparate in execution, share common themes around domestic environments, providing commentary on how they operate, as Eliot does in ‘A Game of Chess’. Echoes of the poet’s descriptive metaphors exist in the dual reading of the show’s domestic materials, such as walls, rugs, clothes and skirting boards, as they tranision into art objects through their display in the more public space of a gallery.

Miranda Blennerhassett exhibits a single, striking piece titled: ‘Log Cabin’ (2019). From a distance you see a large, patterned, almost familiar, blanket that enters the gallery from the roof and drapes down the wall, its excess trailing a yard across the floor. Upon approaching it you see that the rug’s vibrant red background is in fact paint with the only fabric being the central pattern itself. The title chosen by Blennerhassett evokes images of a traditional American log cabin and with it a sense of colonialism – they were first introduced to the continent by Finnish settlers in New Sweden, which predated both the New Netherland and New York colonies. This changing name for the same parcel of land reminds us what can be created by power and agency.

In front of this work sits two of Williams’ sculptures: ‘Looker’ and ‘Onlooker’ (both 2019). They make use of concrete, plaster and polythene foam, materials that have varying levels of fragility and strength, to create a frame in which Williams encases a surface made of Sundeala – formed from recycled newsprint and normally employed as notice boards. Permanent messages have been cut into these planes, in contrast to their normal use of displaying temporary information. These two pieces are distinct from Williams’ other work ‘Untitled I (SF)’ and ‘Untitled II (SF)’ (both 2019), two wall-mounted sculptures with an opaque, marble-like front with blemishes and speckles. And while the audience is informed of the use of concrete and other matters in these sculptures, for the others Williams withholds that information, giving anonymity to the substance he has chosen to work with, and encouraging the viewer to question their origin and final destination when used in everyday functions.

Kindler von Knobloch’s ‘Acting Bodies’ (2019), a series of adjustable sliding panels, knits the exhibition together and anchors it in the space. A rail spans the gallery holding three panels, while a fourth sits perpendicular on an additional rail. These movable walls create adjustable spaces in which you can view how the piece operates within the gallery, and constructs juxtapositions with the other artists’ work to form connected, but diverging, sets of conversations. The walls curate the space and your interaction with it, your opening encounter determined by the last inhabitant as you yourself impact the next viewer, continuing the cyclical breadcrumb process.

In ‘sifting screens’ (2019), Egan presents a Mesoamerican pyramid of white foam sections. The topmost plinth is covered with a mesh, under which a patterned shirt is trapped – its vibrant colours and design cut off and obscured, its craftsmanship lost in an era of mass reproduction. Egan’s ‘sound carvings (scrappy observations)’ (2017-2019), draws you out of the main gallery into the building’s studio space. From here you can peer back through a small box window as external sounds fill the building’s central staircase. In the foreground, Williams’ ‘Onlooker’ (2019) peaks its head; in the background, depending on the positioning of Kindler von Knobloch’s work, is either a bank of cyanotype blue or a clear view across the gallery floor and out another small window to Dublin’s Temple Bar Square.

A series of texts, expanding on the choice of Eliot as the opening theme, have been provided by the artists. Each provides a wider context for the works, for example Kindler von Knobloch draws attention to Peter Frase’s ‘Four Futures’ (2016) and its commentary on intellectual property rights, which now extends to the ownerships of patterns, restricting their duplication through stringent licensing. This sits in contrast to the tradition of craft over the centuries, where knowledge-sharing techniques were encouraged. Blennerhassett highlights Valerie Jayden and Joyce Kozloff’s 1978 text ‘Art Hysterical Notions of Progress and Culture’, which at a high level, critiques the use of terms like ‘decorative art’ that are used to insert a hierarchy in art, providing an additional layer of commentary. These texts assist the artists’ battle against Eliot’s perceived struggle to convey messages in society, ensuring that their message is heard, unlike the silent withered stumps of time described by Eliot.