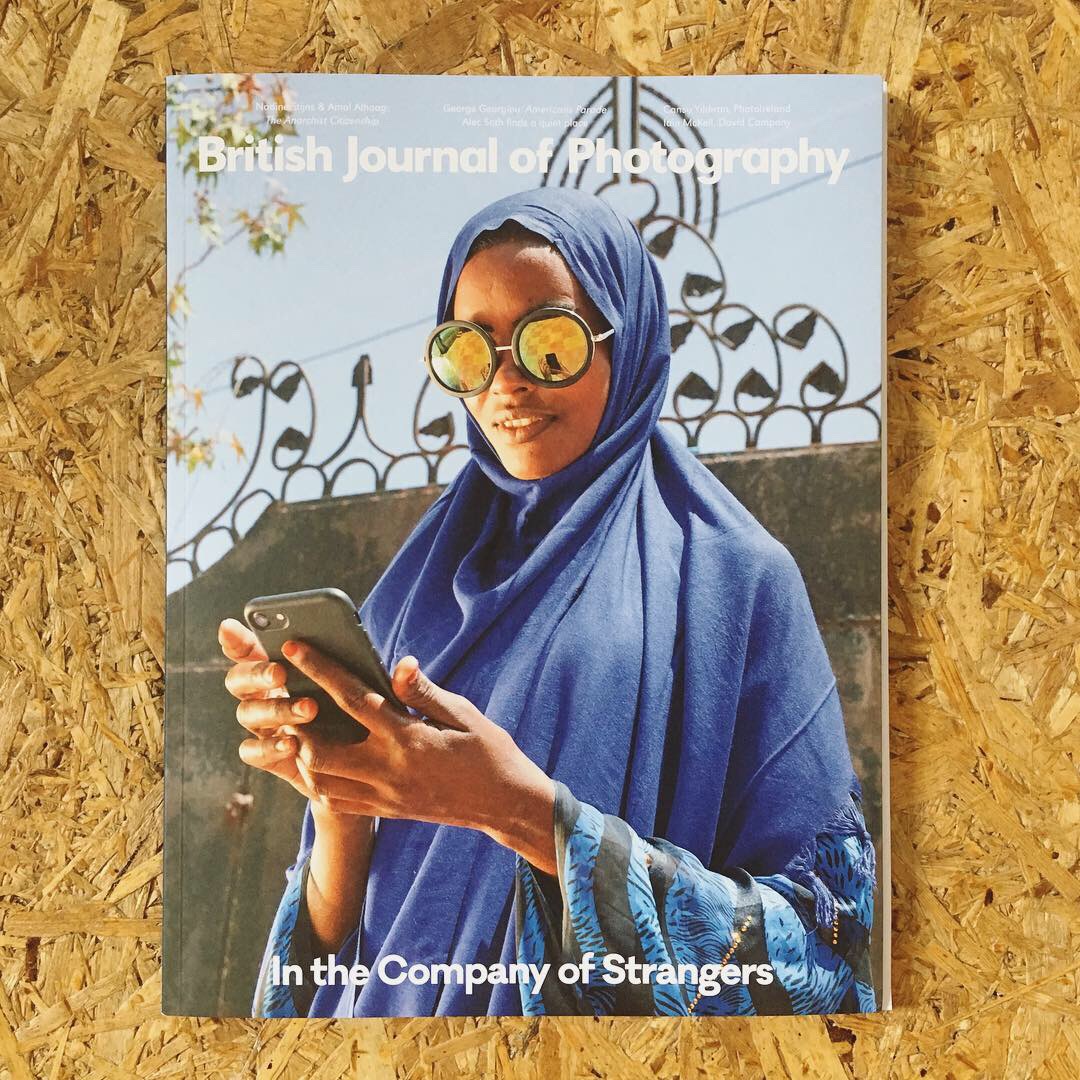 Started in 2009 as a conduit for Irish photographic talent, PhotoIreland has developed into the “visual culture and critical thinking” vehicle that its founder, Ángel Luis González, envisioned. And there’s more to come, finds Aidan Kelly Murphy.

This May sees the start of the 10th edition of the PhotoIreland Festival. What began as a straightforward but ambitious spring month of exhibitions and activities in Dublin, mixing international photographers with homegrown names, has quickly expanded to encompass a much larger ecosystem, with a round-the-year programme reaching way beyond the Irish capital. The festival is now one of many initiatives that sit under the PhotoIreland Foundation umbrella, which was founded by a Spaniard, Ángel Luis González, who serves as artistic director, CEO and cheerleader for the country’s emerging talent.

González began the festival because he perceived that something was lacking for Irish photography talent. While Ireland already had a decent photography infrastructure, including the Gallery of Photography in the heart of Dublin, and a handful of degree courses (not to mention those north of the border), there was very little to help emerging artists. “Every year, people come out of their degrees to almost nothing,” says González, who has previously lived in Ireland, studying photography at the Dublin Institue of Technology, and returned there after a stint in Zurich. “I cam back to do this because the gap here is immense. It is disheartening when you realise that those people who should be helping the discipline are instead part of the problem. We’ve focused on working hard to try and change things. The jump from college to a gallery space is photography is massive, maybe more so than in other arts. So there was a vacuum in Ireland in terms of postgraduate progress.”

It is this middle ground that he, and the team at PhotoIreland, not only cater for but champion. Graduates and emerging artists are offered platforms for their practice, be that via the Halftone print fair, the promotion of shows through the festival’s open call, or through simply providing an outlet to sell books, zines and journals in The Library Project, its central Dublin hub.

The other vital aspect to PhotoIreland is what it does for the relationship between photography and the public in Ireland. While the ability to walk in and pick up a print, browse local zines and internationally recognised journals, or view award-winning photobooks is commonplace in other European capitals, in Ireland it is much less so. To address this and engage its public, PhotoIreland harnesses photography’s immediacy in terms of connecting with, and articulating to an audience. “Photography is a tool for storytelling but it uses other tools. The focus of the PhotoIreland Foundation is to make sure the visual literacy is Ireland reaches levels that are on a par with literature and theatre. There are great possibilities here, and in recent years we’ve seen artists bringing that skill to the photographic. If we are able to spread the word, and make the general public engage with these interesting ideas about visual culture and critical thinking then we have succeeded in our eyes; and that will result in a more culturally rich and critical Ireland.”

Conceived in 2008, and launched two years later, the festival could not have started at a worse tie for arts funding. Ireland was acutely affected by the global recession that griped the world a decade ago, introducing deep cuts as part of a wide-ranging austerity plan. “We arrived at the time of The Crisis,” says González, “and everything was questioned.” It forced him to think outside the box, approaching international partners such as the Goethe-Institut and the Instituto Cervantes, or identifying potential European funding initiatives. “We are the only organisation in Ireland invited as a founder member to, not one, but two EU co-funded platforms of photography,” says González, who recognises the true value of networking, and who is a natural collaborator. “We work very hard at a national and international level to stay current, informed and engaged.” This philosophy extends to content, and “thanks to Moritz [Neumüller, the Barcelona-based curator and educator who is chair of PhotoIreland’s board of directors], we connected with festivals around Europe. These international networks allowed us to access to other works and made us realise that in Ireland we do have great work. This led to the first New Irish Works series, which was, in a way, about pointing backwards at ourselves to make people look at what was happening here.”

These early challenges had the two-fold effect of enabling PhotoIreland to grow, while also exposing itself, and its participating artists, to a wider field. The national funding shortfall also saw them box clever with their resources and space. For example, The Library Project space doubles up as the home for La Planta, a plant shop run by González and PhotoIreland’s general Manager, Julia Gelezova, as well as other micro-enterprises. “Selling books doesn’t make a lot of money, so you have to be quite resourceful when raising revenue,” he says.

González is clear about what the brief was for PhotoIreland in those early days. “From the beginning, there was an openness to all types of practices and approaches, be they traditional or hyper-modern – this was essential. Our role is written on our shop window: ‘visual culture and critical thinking’. And that’s it, there’s no more. We don’t see just photography. It’s about image-making and storytelling through image-making. It’s about how we represent ourselves and others.” Most years the festival has run with a theme, taking in subjects such as migration, diaspora, and the flâneur. “Our voice is always politically engaged. It is impossible to work in the arts and not have some sort of position. We want to be socially engaged and talk about issues that are relevant to the times.”

This was particularly salient last year, when the festival opened during the final weeks of campaigning towards a national referendum on legalising abortion. Its 2018 edition was themed On Abortion, taking its title from Spanish artists Laia Abril, whose work (the first chapter of her ongoing series, A History of Misogyny) addressed the theme directly. Abril’s work debuted in Dublin, at the Copper House Gallery, as part of the festival, alongside Sarah Cullen’s You Shall Have Exactly What You Want, exploring the experiences of pregnant women in Ireland. González is quick to say that “it is not revolutionary of life-changing’ to take on such subjects, even when they are as contentious as the subject of reproduction rights. “It’s about talking about and to what’s there,” he says. “it’s about highlighting other people’s work, by facilitating and hosting them.”

This year’s 10th-anniversary edition extends to three months. Spread across May, June and July, there won’t be one overarching theme, but instead a changing programme of exhibitions and activities, month on month. It begins with the two main exhibitions: The Invention of Memory, curated by Gelezova, and Luis Alberto Rodríguez’s The People of the Mud [above], which was born out of the How to Flatten a Mountain residency, another PhotoIreland initiative, this time in partnership with Futures, a pan-European platform for emerging photographers. May will also see the announcement of five new nominations by PhotoIreland for Future’s 2019 edition.

In June, the focus is on the educational programme, something that PhotoIreland has increasingly championed following the establishment of the Foundation in 2015 and the Critical Academy two years later. “The Critical Academy is a conceptual space, in the same way the museum will be, and is about looking at things in a critical way. This is important; we assume that what we have been taught in college is the right way. You have to start to ask questions. Through workshops and events we want to get artists to think in this critical way, while also developing research skills and looking at the business side.”

July sees the launch of the Foundation’s latest venture, the Museum of Contemporary Photography of Ireland, which has an initial mission to survey current practice and activity. “How is photography doing in Ireland?” González muses. “We don’t know, and we need to find that out.” The team will begin by compiling details of photographers and events to create a profile of the medium in Ireland, and from this they hope to better understand areas for concern and opportunity. “Everyone has their own answer, and it’s amazing that almost every photographer a completely different answer.” It will launch with a physical space in the Office of Public Works’ newly complete Printworks Conference Centre in Dublin Castle. Scheduled are a series of exhibitions, including a new edition of New Irish Works, the Parallel Platform, and a symposium. “The museum is a research project that is about looking at the potential for such a space, and what approaches, in the 21st century, that will entail for the context of photography and imagery in Ireland. As it moves towards a physical space, it will most likely change its name, but at the moment the title makes it easy to define what it is. We want to look at ways of exhibiting and collecting that are not the traditional ways. How can public and private collections be used? We want to investigate the issues around museology and presentation to an audience that is not just two-dimensional on a wall. We consume images every day, and mostly not in printed matter. How can a museum in the next decade engage with all these issues? This year we start that open question.”

Looking back on PhotoIrelan’s journey and the road ahead, González is both reflective and forward-thinking. ” When you look at now compared to 2009, Ireland is much stronger in terms of photography, because it has demonstrated that there are a number of practitioners of a high standard. But I wouldn’t say it is because of us; we have a role in this process, but my point from the beginning was that this was happening and about to explore, but nobody was covering it. The way it has evolved has been organic; we have never planned everything that came after that first festival, and we don’t know for sure what will happen in the future. We just want to continue to allow this ecosystem to become more visible.”

Aidan Kelly Murphy
A writer and photographer based in Dublin, Kelly Murphy is also the arts editor for The Thin Air and an associate editor for CIRCA Art Magazine. He profiles the PhotoIreland Foundation this issues, and describes the photography scene there as “buoyant”. He says, “This year is both the 10-year anniversary of the PhotoIreland Festival and since I left photography college. In that time I’ve seen photography continue to grow in strength as a visual medium and a tool for critical thinking, through excellent practitioners, passionate institutions – like PhotoIreland – and an increase in high-profile exhibitions, such as Wolfgang Tillmans last year and Eamonn Doyle this year.”