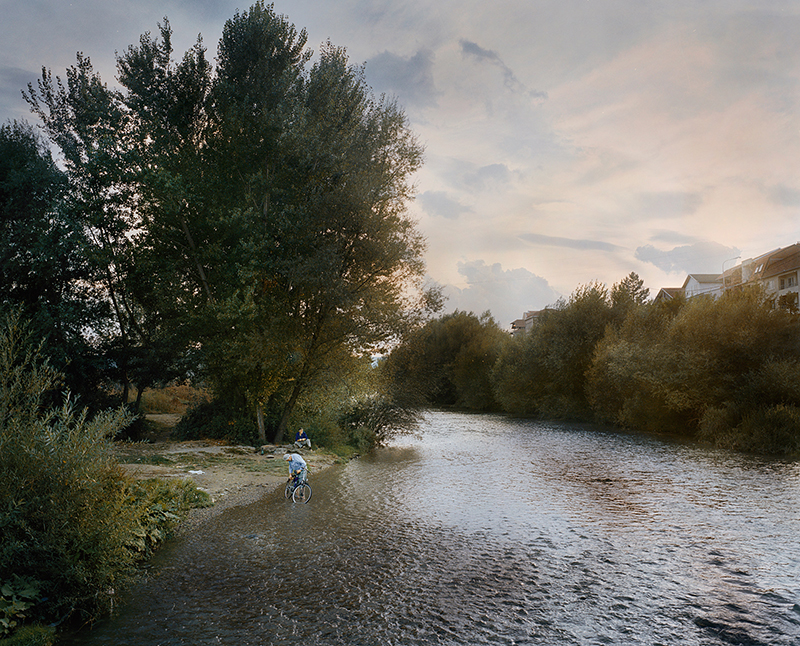 Recount: noun, An act or instance of giving an account of an event or experience

Conflict: noun, A serious disagreement or argument, typically a protracted one; a state of mind in which a person experiences a clash of opposing feelings or needs

It is the collation, and subsequent narrative extraction, that solidifies The Recount of Conflict as both a successful exhibition, in terms of expression and discourse, and as an introductory platform for seven artists. On initial surface value, the imagery raises themes of warfare and migration – two current and vital discussions. The work of Anna Ehrenstein (Tales of Lipstick and Virtue), with its vibrant, almost garish, pastel tones, initially jars with this assessment. Its rampant consumerism and inflated size (both of Ehrenstein’s prints are comfortably the largest in the show) dominate the eyeline at the centre of the gallery, with three projects flanked either side. As you spend time within the space this work’s brashness hones in on the commercialism of the western world. A brashness which is so often our epicentre, and one that breeds an ignorance and obliviousness to the struggles of people attempting to escape conflicts. The lush imagery speaks of a post-colonialism commercialisation and a desire to obtain luxury, no matter how shallow the facade. 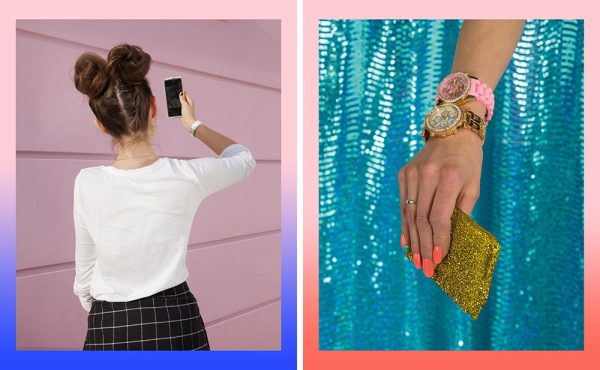 The narrative, which moves anti-clockwise through the gallery, opens with a portrait from Sascha Richter’s We Are Like Ghosts. The black-and-white image features a young man, a boy, turned away from the lens. He reveals a mark, a testament to the police brutality he and other Afghani refugees face in Serbia. The exhibition opens with a punch, in both the literal and figurative sense, as challenges to your own passive behaviours and assumptions will be raised throughout. Migration is also discussed in the work of Demetris Koilalous. His series Caesura looks at people in Greece, trapped in a transitory state – a reminder of the after effects of war. We see a child holding a toy, the frame overlaid on top of another featuring a blanket, discarded/lost in a field. Too often we forget the human cost of securing ‘stability’, not here.

Across the room we see the ferocity and destruction of war in the works of Marcus Haydock and Martin von den Driesch. Haydock’s series, Domestic Violence, was shot in 2003 during the 1st three weeks of the Iraq War. The stark photographs displayed were gleamed from the artist’s TV in his living room, the mode of consumption for most unless they were caught up in the war itself. The Iraq War represented a watershed moment, an oversaturation of imagery of conflict and suffering – beamed directly into our homes. Beside this is von den Driesch’s War Games which documents the more recent uprisings in Egypt and Yemen (both 2011), as well as the mechanisms behind armourment sales. Here we see the homogenisation of war as aesthetic similarities exist between this and Haydock’s work. In von den Driesch’s piece we see the recent twist on war coverage as two phones act as surrogate views of the destruction – our desire to consume war present in the trenches. Both works raise concerns over the transmission of warfare – ultimately war is a product and one that requires a willing, and powerful, market for its consumption.

Another viewing screen is present in Mark McGuinness’ Dreaming of Figure Eights. Here McGuinness (Ireland’s sole representative at the 2017 Kassel Dummy Awards) presents life in South Lebanon. A sense of uncertainty exists in the region, a land of purgatory as external forces dictate life. McGuinness captures this often brutal tension in his work – the scars and divisions of Lebanon still present and on-going. These motifs, albeit from a post-conflict view, are also present in the work of Jasper Bastian in his series Across the River. Here the artist reflects on the city of Mitrovica, divided ethnically and ideologically between Albanian-Kosovars and Serbian-Kosovars. The river Ibar serves as the marker in this division, a 276km meandering river that splits the city into Serbs in the north and Albanians in the south. What was once an area of recreation and joy has become the symbol and barrier of division. 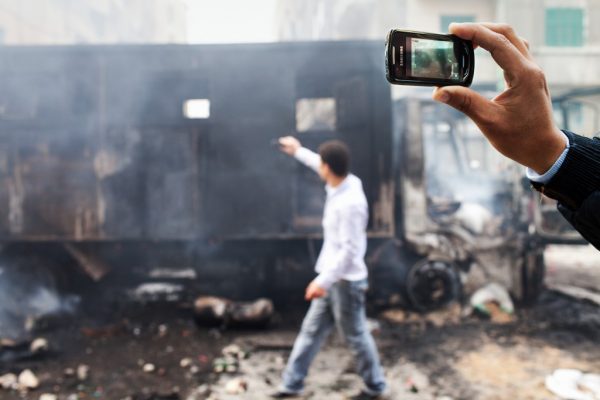 The Recount of Conflict is as much a text based curation as it is a visual exhibition. Guidance is provided, and needed in parts, to fully extract the narrative interwoven through the imagery. The accompanying text ensures both a holistic approach to the show and that the photographs hum in unison together. While it may fall short in closing the loops it opens through its discussion, this helps fuel the post-exhibition discourse. Here several threads are pulled, its up to you to follow them.

The Recount of Conflict continues in Pallas Projects until May 14th.
Full details on this and other exhibitions in the PhotoIreland Festival programme can be found online here.