Before, During, After… Almost @ RHA 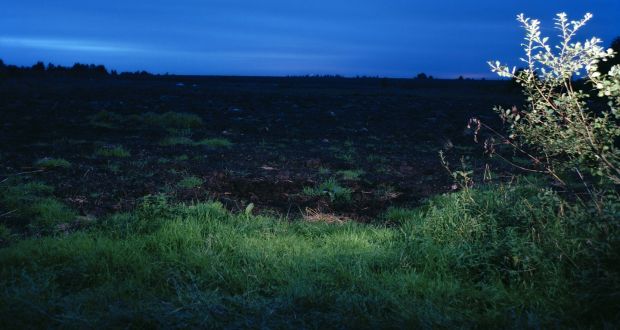 As part of the centenary of the 1916 Rising the RHA invited photographer David Farrell to respond to the broader subject of European events and the mutual anniversary of the conflict in The Somme which gripped the continent in the same year. This initial brief was explored and expanded on, and eventually saw Farrell comment on Ireland in the fifty years since the 50th Anniversary celebrations of The Rising in 1966. To Farrell these years represent the period of greatest social and political change since the founding of the state. 2016 as a whole is a year of statewide revisionism, and this is echoed by Farrell in his decision to revisits a trilogy of works he had begun in the ‘90’s but were never exhibited at the time.

Displayed are over sixty images in a variety of sizes and in colour as well as black and white. Uniform across all images is their presentation as raw prints with simple pins. This approach helps and encourages the viewer to create a narrative which flows and has rhythm. The content of these photographs represent powerful memory recollections. The history of the church and state and its intertwined position within Irish society is highlighted through Farrell’s documentary style. While these events are presented in a more suggestive style, the history of the troubles – and specifically that of the the Disappeared and the subsequent search for their remains – is laid bare in a more direct approach. Cultural gatherings, including World Cups and ocean swims, mimic their religious counterparts and further highlights the entrenched position that the church held in post-Emergency Ireland. The republican heritage of our nationality is heavily linked via religious iconography particularity the Glasnevin memorial. All of these elements are balanced meticulously and serve to show the diverse melting pot that is the notion of ‘Irishness’.

Farrell’s images are devoid of titles with each instead being provided with a location, some are specific while many are simply listed as Dublin. Specific years are provided for a minority of the images on display with the vast majority being labelled as ‘sometime in the early nineties’. A select few are also provided with background information to help guide the viewer rather than direct them. This decision, along with inclusion of the word ‘Almost’ in the exhibition’s title, removes a definite from the work on show and allows a personal manipulation of the images to extract a context and meaning. Many of those who visit Before, During, After …Almost will find and recognise their own cultural identifiers of Ireland, both past and present, within the imagery Farrell has selected. The joy of this exhibition is finding them and piecing together your own narrative.