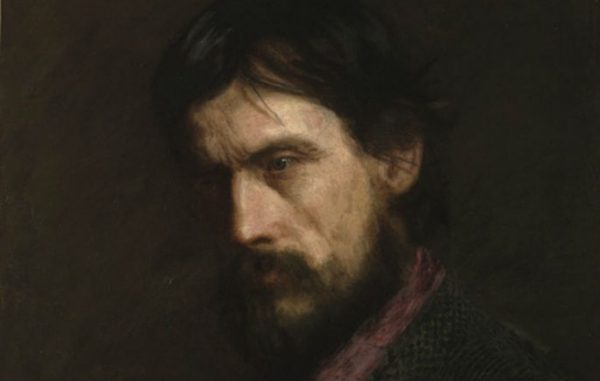 The theme of immigration and the displaced Irish has been prevalent in the Irish consciousness for generations stretching back to famine times; its only lull being the Celtic Tiger years when prosperity reversed this trend and the direction of migrants. The recent economic downturn has seen the focus and cultural significance of our large diaspora take an ever-increasing role in mainstream media which has filtered down to many artists practices. This reemergence of a critical look at visual culture created by our diaspora is the basis of the new exhibition by Sarah Pierce in the National Gallery of Ireland entitled, Pathos of Distance.

In 2014, Pierce was invited to engage with the ESB Centre for the Study of Irish Art’s ongoing research project on ‘Visualising the Irish Diaspora.’ The result was the creation of a body of work that combined imagery created between 1813 and 1912 (presented as full sized replicas) with second-hand furniture from mid to late 20th Century to create hybrid sculptures. While the furniture was collected in Dublin the images were documented from galleries both at home and abroad including the Smithsonian Institute and National Library in America as well as museums in Argentina, Australia and South Africa.

Spread across three rooms, this show is as much a visual exhibition as it is a physical representation of the research project that it draws its imagery from. The walls are filled with quotes and historical contexts that help direct the viewer while still allowing them to construct their own conclusions. The use of stock furniture enhances the almost stereotypical cultural clichés that the imagery evokes about the Irish and their identity. Their juxtaposition serves a dual function as it highlights both their separate identities as well as the identity formed by their creation as a single object. This, almost contradictory, existence mirrors that experienced by the diaspora abroad, and provokes the importance the diaspora has had on the creation of the cultural identity of the ‘homeland.’ Pathos of Distance is open now in the National Gallery of Ireland and you can find more detail about the show here.